Revue of the m/v Paul Gauguin by Industry Client 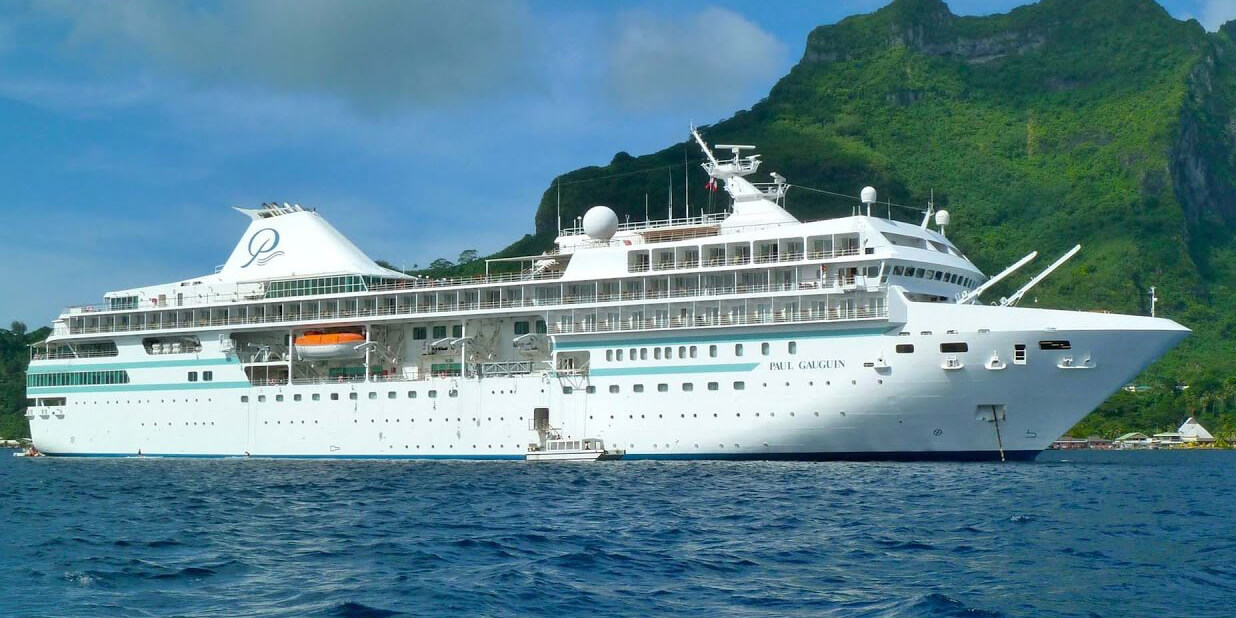 Well I have come back down to earth with a thud after our WONDERFUL holiday on the m/s Paul Gauguin!   Wow!!  What a great time we had.  The ship is beautiful and the staff were just incredible.  As you know we had our 5 year old daughter with us.  She was the only child on board, other than a couple of teenagers, but the staff made such a fuss of her, it was amazing.  Everywhere we went, the staff called out ‘Jemma, Princess, Baby’ in that beautiful sing song way.  She loved it!!  Even the Captain made a big effort to be on the bridge when we did our tour (we told him the night before we were doing the tour the next day).  He put Jemma in his seat and even got his hat out of his cabin for her.  We were invited back to the Captain’s sail away party on the bridge that night and again Jemma was allowed to sit in his seat while they navigated the ship out of Bora Bora.  It was very special.

We were absolutely blown away by the service – many hotels would do well to take a leaf out of their book, I tell you.  When I filled in my evaluation survey at the end of the cruise I was hard pressed to get everyone’s names on it that I wanted to mention.  And saying goodbye was heart wrenching!!

I spoke to a number of American guests on board the cruise who all commented that it’s hard to compare this product with other ‘regular’ cruises they have been on.  The quality, the size and also the clientele that is attracted is a cut above the norm. The intimacy is wonderful, you really get to know the staff, and they get to know you, but the ship never feels full.  I was actually surprised to hear that our cruise was full bar 5 cabins as there is never more than 60 people in one place at a time.  The value is OUTSTANDING – especially in a destination as expensive as Tahiti.

I thought the cabins were exceptional and so cleverly built.  I was able to see most of the other categories (except the suites) and was also super impressed with the window staterooms and even the Porthole staterooms.  For the budget conscious, you’re still getting a great room product.

I could rave on all day, but suffice to say, it was INCREDIBLE.  I’m so glad this was my first cruise experience, but of course I’m spoilt now, aren’t I???  Where do I go from here.  There’s only one option – go back for more! J

I’ve attached a photo of Jemma and the captain! (not shown)

Hope all is well there.  Hope to see you again soon.

This report was prepared by Annie on October 1, 2014. The views expressed as solely those of the author and not necessarily those of WWTCA.